Rural Montana leaders demonstrate grit and gratitude in their fight for the land
Steven D. Paulson

Getting to know rural Montana leaders is a privilege that has come with my work at the Northern Plains Resource Council, a grassroots conservation and family agriculture organization in Montana. Those leaders include many strong women who have demonstrated courage, wisdom, strategic thinking, and grit in their fight for the land — here are just three. I’ve never told any of them face-to-face how much they’ve inspired me.

Coming from farms and ranches, these three women have all seen the places where they live and earn their living threatened by fossil fuel extraction and infrastructure development — everything from coal strip mining and coal bed methane drilling to pipeline projects and coal-hauling railroads.

They’ve shown themselves to be different types of leaders, and each has her own kind of strength. However, their rural backgrounds give them much in common, including an unyielding defense of place. Another commonality is the gratitude all three have expressed to family and neighbors for standing strong behind them. Leadership isn’t a solitary act — as Helen Waller says, “Somebody has to stay here and keep the farm going.”

One day in the early 2000s, Jeanie Alderson called the US Bureau of Land Management office in Miles City, Montana, to ask about mineral leasing beneath her family’s ranch in the Tongue River valley. (Like many rural Western families, her family’s land is split-estate, which means they have ownership of the surface but not of any minerals that might be buried beneath the surface.) That day, she discovered that federally owned mineral deposits, likely coal bed methane, beneath three-quarters of the ranch had been leased to five different companies and individuals. The BLM had never informed her family, which both owns and lives on the land, about the leases.

Such threats to the ranch are nothing new to this family. Alderson was five or six when her parents learned of a “grand plan” called the North Central Power Study that speculated on the potential for unbridled coal development in eastern Montana and Wyoming. They both got deeply involved in fighting this plan, and her mom, Carolyn Alderson (now Carolyn Walker), took on a lead role in the effort to save the family ranch — and neighbors’ ranches — from being strip-mined back in the early 1970s. At the time, she was one of the most visible members of the Northern Plains Resource Council.

“I remember my mom on the phone,” she recalls, “and at that time we had party lines where everyone could hear, so they were careful in their conversations. Mom would talk with our neighbors or other women — Mary Daniels, Marilyn Hayes … I think all their husbands were involved and were a part of things, but the women were the ones that were going to the meetings and talking on the phone all the time.”

Alderson recalls her mom taking numerous trips to Washington, DC to testify and to meet with public officials about the strip mines. “It was hard,” she remembers, “because that was the ’70s and moms were still — in this part of the world — supposed to be home … I realized how brave she was. Really brave.”

Alderson, her husband Terry Punt, their sons Carson and Gerrit, and her father Irv — now well into his eighties — all live and work on the Bones Brothers Ranch, which lies along a small tributary of the Tongue River called Hanging Woman Creek. Alderson reflects: “Everything that my family has been, is now, or will be is tied up in this place.”

She and Punt work hard to protect the place they call home — this includes both ranch work and “activist” work. They’ve driven many thousands of miles and sat through days and days of meetings to keep Bones Brothers a viable cattle ranch and a good home while energy companies have sought to drill it for coal bed methane and cut through it for a coal-hauling railroad. They’ve organized with their ranch neighbors and their Northern Cheyenne neighbors. They’ve hosted barbecues over the years to help raise money for the fight and to build solidarity with other folks in the Tongue River valley facing similar threats. And every fall, whatever else is going on, both of them — joined by family and friends — ride out across the hillsides and gullies of the Bones Brothers Ranch to gather their cattle.

The ranch has not been strip-mined and coal bed methane drilling has been edged out for the time being by low natural gas prices. The coal-hauling railroad — this one anyway — was killed in 2016. But Alderson knows that threats like these will always be part of the ranch.

Helen Waller, who farms near Circle, Montana, never expected to become involved in environmental advocacy work. She married her high school sweetheart Gordy in 1951, and they kept busy raising five children, as well as growing wheat and tending cattle. But when a pair of companies announced plans in the mid-70s to develop strip mines in their northeast Montana county, Waller couldn’t help but get involved.

The companies told landowners that it was their patriotic duty, their “contribution to society,” to allow their land to be strip-mined. Waller and her neighbors saw it differently, forming a small organization — the McCone Agricultural Protection Organization — that then affiliated with the Northern Plains Resource Council, to fight the plans.

Working with her neighbors to find out exactly what their community was facing, Waller discovered that the coal in the area was of such low quality that it couldn’t be economically shipped out of the region. Coal-fired power plants would have to be built right there near the mine to make the project profitable. Using the industry’s own figures, Waller demonstrated that the companies couldn’t even show a need for the electricity they proposed to generate from the coal.

Waller’s religious upbringing undergirded this effort. As she told the Montana Council of Catholic Women, God “expects us to be stewards of the land — good stewards and caretakers. We dare not fail.”

And she hasn’t. After years of organizing, the coal mine project was scrapped, along with the coal-fired power plants. Waller also worked with allies nationwide to get a federal law enacted to oversee strip mining. In 1977, she was invited to the White House Rose Garden to attend the signing of the federal Surface Mining Control and Reclamation Act.

Some 40 years after she got involved in the coal fight, Waller — now in her mid-eighties — reflected, “I think it was a surprise to the opposition that we … had the power to overcome whatever it was that they wanted to do to us.” But, she continues, “It's been proven over and over again that if you want change, it has to be people power that does it.”

In the 1980s, Waller became active in the movement to save family farms from policies tilted in favor of corporate agriculture. She became the first president of the National Family Farm Coalition, and her kitchen table even served as its national headquarters for a time. She got active in Farm Aid’s efforts to save family-based agriculture in America and became friends with folks like Willie Nelson and Wendell Berry in the course of that work.

Waller serves as an officer in her local Northern Plains affiliate, but isn’t so active in her issue work these days. She and Gordy are working hard to keep the farm in the family.

Whether fighting coal companies, agribusiness monopolies, or federal ag policies tilted toward those monopolies, the core of Waller’s work has been to save family-based farming and ranching. Some years ago, she raised the question, “What good does it do to save your farm from the dragline and then lose it to the bank?”

Dena Hoff once told me that “the best fertilizer is the farmer’s shadow.” In other words, when the farmer is present and tending to things, the farm is better for that attention. This care for the land and what it produces is part of what motivates Hoff’s work both on and off the farm.

Growing up in western North Dakota, Hoff’s family taught her to value nature. Later on, she and her husband Alvin bought a farm near Glendive, Montana, where they now raise grains, vegetables, beans, cattle, sheep, and poultry. Soon after they bought that farm, Hoff was asked to join a local organization — the Dawson Resource Council — and before long she was elected to represent that group on the board of the Northern Plains Resource Council.

She thought to herself during that first meeting, “I don't think I can do this. These people are so smart and I don't have anything to offer them ... I'll stick it out for another board meeting and I'll see.”

She has stuck it out as an advocate for family farms and the environment for three decades and counting. Hoff eventually became chair of Northern Plains Resource Council. She also got involved with the National Family Farm Coalition, and represents the coalition with La Via Campesina, an international coalition that advocates for small farmers across the globe.

“It saddens me,” Hoff says, “that farmers are not more valued than they are, that the people who eat our food don't pay that much attention to anything except the price that they're paying for that food, and they don't really understand what the cheap food policy in this country has done to farm families, to rural communities, to the food workers, to the quality of the food that they're eating, and the control over the food from the seed to the retail that has taken over because nobody is really paying attention.”

But there are bright spots as well. Reflecting on her work with La Via Campesina, Hoff observes, “There’s people all over the world who, even though they don’t know us, have our back and are willing to help fight for what we want because they know what happens in this country really impacts what happens in their countries too.”

Every victory is hard-won. Some years ago, Hoff’s local group rallied the public to defeat plans for leasing oil and gas beneath Makoshika, Montana’s largest state park. Despite that victory, oil and gas development continue to directly affect the family farm: In January 2015, the Poplar pipeline, which crosses the Yellowstone River near her home, leaked more than 40,000 gallons of crude oil into the river below the river ice. Hardly any of the oil was recovered.

That’s why she’s fighting the Keystone XL pipeline, which is slated to cut through Montana farmland and cross the Yellowstone River upstream from her place. Hoff knows that if the pipeline is completed, her farm and others are likely to pay a high price someday.

Steven D. Paulson is a longtime staff member at the Northern Plains Resource Council in Billings, Montana. He is the author of Environmentalists: An Eyewitness Account from the Heart of America. 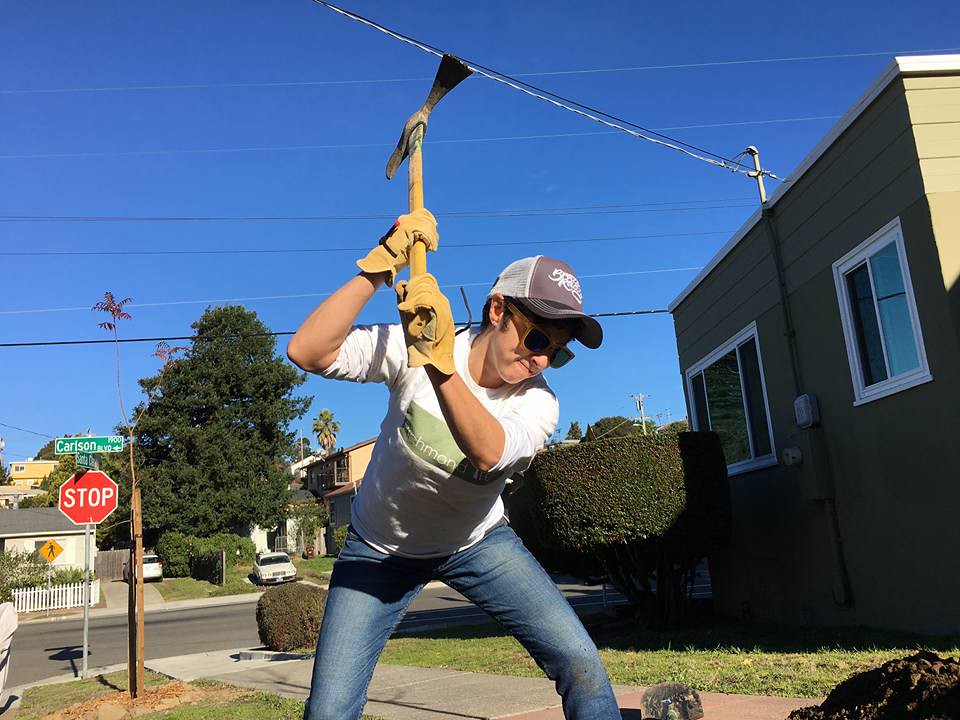 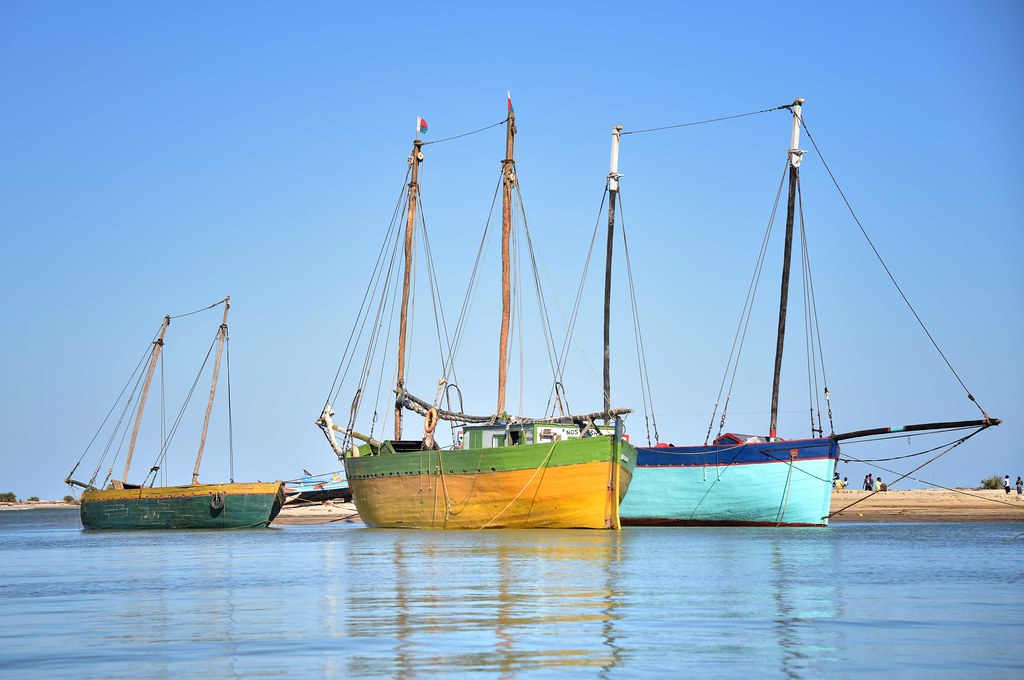 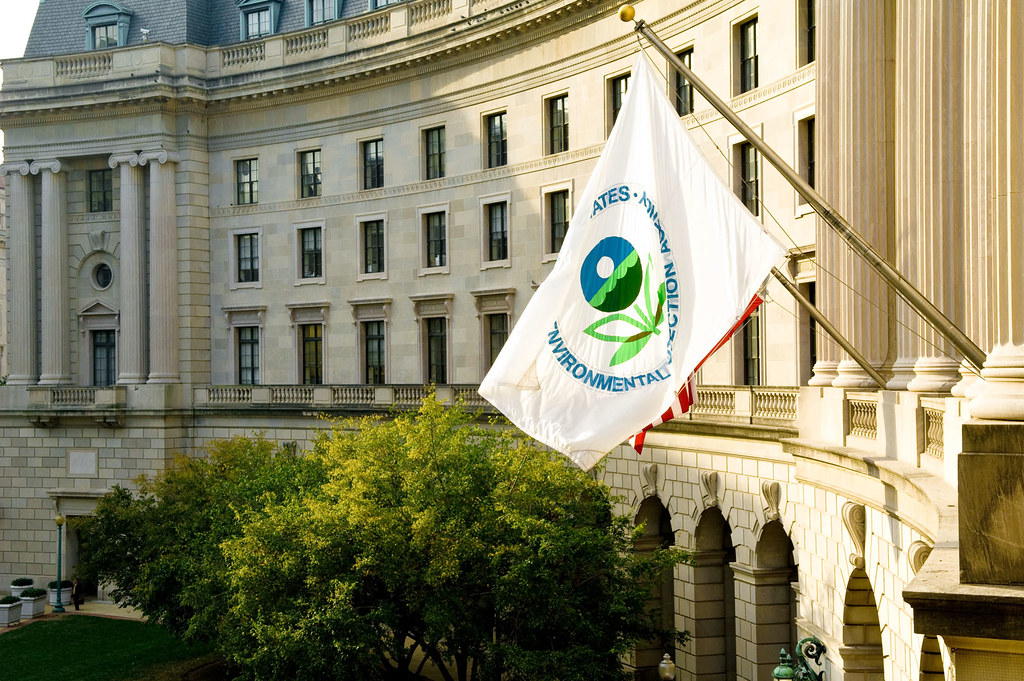 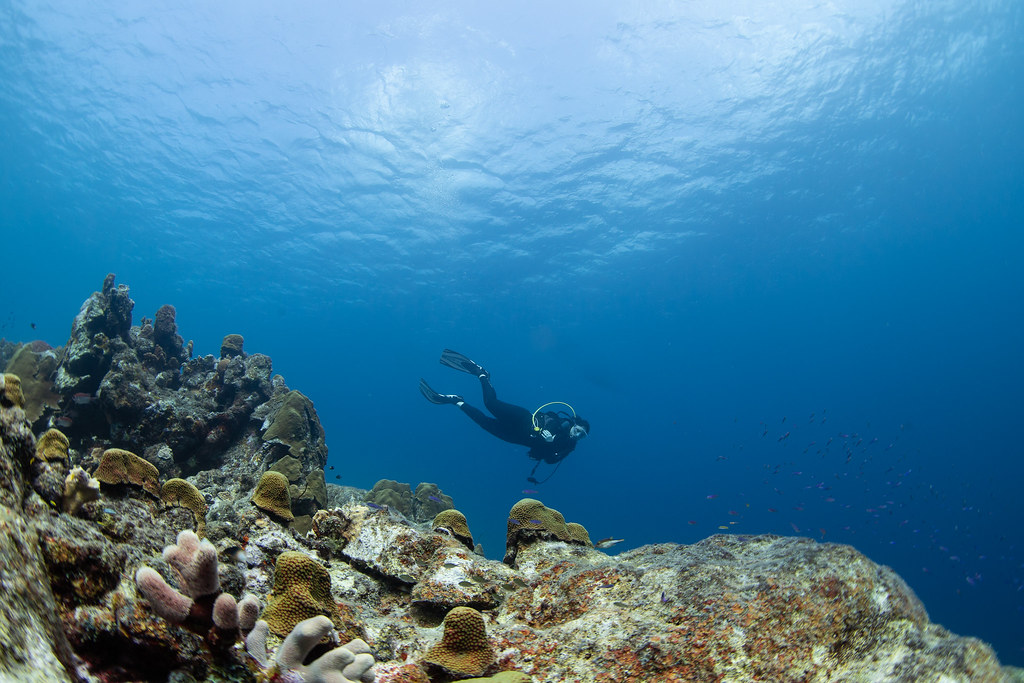